Each person’s access to their own health records simply should be a right — easy, open, unfettered access. So why hasn’t anyone — you know — gone and done it?

After all, it’s mostly electronic these days. Tens of millions of records generated during doctor visits reside in digital format, and pretty much everyone has a computer or phone that could access them. So health records should be as easily available as 401K records, or bank statements.

Some have tried. Apple’s Health app for iOS provides access. Sorta. A quick search of Boston-area health organizations in the app results in seven providers. They’re all huge, so that swath covers a sizable cohort of potential users — but not all. Not me. My doctor is nowhere to be found.

I can get my records through my doctor’s app. (Which is a terrible app. But that’s another story.) But I can’t get all my records everywhere, in one place and cross-compare them. I can’t see trends. I can’t see the whole “me.”

This is not an atypical situation. It’s pretty much the problem looking for a solution these days. The simple idea of “Google for Health Records” doesn’t really exist and has considerable roadblocks for anyone looking to build it.

If Apple hasn’t done it, who will?

Why is it so difficult?

Additionally, Electronic Health Records, or EHRs, promise convenience, universality, and immediacy of vital information to doctors. Health and life insurers base decisions on them. Anonymized records promise a vast trove of data for clinical testing, drug development, policy-makers, governments, and the like.

Companies with the best intentions often quickly hit a wall of reality while working in this space – tech limitations, a fractured ecosystem, latencies, and other complicating difficulties in dealing with electronic health records.

With so much potential, what’s the holdup? No simple explanation exists. But three major reasons are a good place to start.

The records are everywhere

Like Homer Simpson finding out that Frogurt is free — but is also cursed — medical records sound like an easy win until digging into the details.

Electronic medical records are not so much an ecosystem, as a series of information deposits to be mined. So getting a person’s entire medical history is not so simple as going to a single source. That history might actually reside within the systems of multiple companies and record exchanges or even doctors’ offices. And those records are, in reality, a collection of multiple data files and documents.

The overview is roughly this:

Because the market is so fragmented, designers and engineers will be bringing disparate sources together into some sort of a coherent, manageable structure. The problems are not just progress-slowing, and fit into two larger categories: issues with the provider and with the records themselves.

Each provider has its own way of doing things

Each EHR vendor plays by slightly different rules, has its own tech and handles requests for data and returns data in its own way. From a pure tech perspective this means unique implementations for each. Some of the issues this causes:

Records may exist but be out of reach

Likewise, the records themselves, while robust, have their own limitations to be dealt with.

These issues can all be handled, but they also serve as impediments to progress.

During the Manhattan Project, a sphere of plutonium halved into hemispheres was produced. The halves were generally safe – as plutonium goes – unless the two were brought too close together. Researchers became inured to the danger, and tiny errors cost two men their lives from radiation. It became known as the Demon Core.

Keeping a trove of medical records around can be a lot like that core — seemingly innocuous right up until it’s a serious problem that could kill your organization. In 2020, more than 10 million people were affected by health record data breaches. Not every company would want to expose itself to potential problems on that scale.

Health Records are regulated under the Health Insurance Portability and Accountability Act of 1996 — HIPAA. It covers a lot of ground, but the applicable parts strictly limit access to personal health information unless the patient gives written consent for its release. Any material that is released must be tracked, handling processes must be in place, and anyone who handles material must undergo security training. Legalities weigh heavily on the process for all parties involved.

Getting into the business of medical records means assuming liability for what will be a tempting target for data thieves. It’s a huge responsibility. Setting legalities aside — perhaps because enforcement has been distressingly lax — these records are protected for a reason. Guarding them is a moral and ethical requirement. Losing them, a costly error.

Could sloppy handling kill someone like the Demon Core? Maybe, though unlikely. Could a data breach kill a company? Maybe not, but it could hurt for a while.

How to approach the EHR space

All of this may come across with a certain air of hopelessness — it’s hard, so why even try?

If the technology was more up-to-date and the process was easier and the market wasn’t so fragmented … It would all work great if we weren’t in this situation.

The promise of EHR is simply too good to pass by. It’s still early enough in its growth for breakthroughs to be made using information gleaned from EHR. The great apps for enterprise and consumers are still being — or yet to be — built. This is a future that can be shaped.

Cantina’s experience with EHR has led to three major principles that we like to keep in mind when working in this space:

If you were to ask most folks “what does a grocery store sell?” the answer would be “Groceries — apples, meat, cheese, eggs, milk, etc.” This is true, but also not true. The actual product is “availability of groceries” — everything in one place. A shopper could buy direct from a dozen suppliers, but that would be hard.

Aggregators of EHR vendors are retailers. The business is the availability of records. But that doesn’t mean that it’s just a pipeline that takes documents in one end and dumps them out the other. Retailers add value. They also make a promise.

The most successful retailer globally, Amazon, can be defined many ways, but it’s mainly “Google for shopping.” Its stock is endless, but it will point you to exactly the right item and send it right to your door.

Likewise, those working in the EHR vendor space need to mirror this promise: Not just a connection to all records dumped out like letters to Santa in “Miracle on 34th Street.” But something meaningful — a connection to that one piece of data or that data trend among all the records that is needed to guide treatment, make a decision or show progress.

Replace their process with your process

Vendors’ APIs are like industrial factories for handing over records. The process they present may be engineer friendly but not layperson friendly. Adding even more vendors with their own methods doesn’t scale for users.

Even if various vendors can’t agree on a single way of doing things, your team can. Vendors have enough commonalities to be abstracted into a single experience. Think of it as hiding complexity behind something simpler to understand.

Sell your brand and experience. Returning to the Amazon example, the user doesn’t need to know all of Amazon vendors’ invoicing policies and shipping schedules and customer service contacts. They need only know one: Amazon’s.

Focus on users, not technology

An enterprise user in the healthcare or insurance industry may be searching for a single record of a healthcare encounter — or even a single section of a record. “Look how many pages we can send you” or “look how fast we are” might seem impressive, but blitzing a user with every available document actually blitzes them with irrelevant, duplicative information.

A consumer may have a different goal. They may want to see more of an overall picture of their health. They don’t want data volume as much as they want to be told a meaningful story. They want to see trends and information that allows them to make choices. A records dump doesn’t do that either.

In both of these instances, getting the records is the difficult part, but the value is more about what you do in the final inches of the journey.

Next steps for EHR

So what lies ahead? EHR, despite its entrenchment in the healthcare industry, is still nascent among the general public. Shoddy or downright poor apps by major players — I’m looking at you MyChart — contribute to this lack of traction.

But, consider online banking. It’s pretty much a given that a bank will have a site and an app. However, quality varies greatly, as does what the user can accomplish. No one has “cracked” online banking or made it a single, unified “Platonic ideal” experience. But it’s still widely adopted, if not actually loved.

EHR is undoubtedly in all our futures. But it probably won’t be the magical future that digital access might suggest on first or even second glance. Unless, of course, we designers and technologists tackle the issues at hand and build that better future.

Cantina has helped several clients in the healthcare arena find success in customer-centered solutions: Granger Genetics, SyncThink, and a leading health insurance company, among others. If you’d like to connect our networks or hear how Cantina can help you with a project, why not reach out? 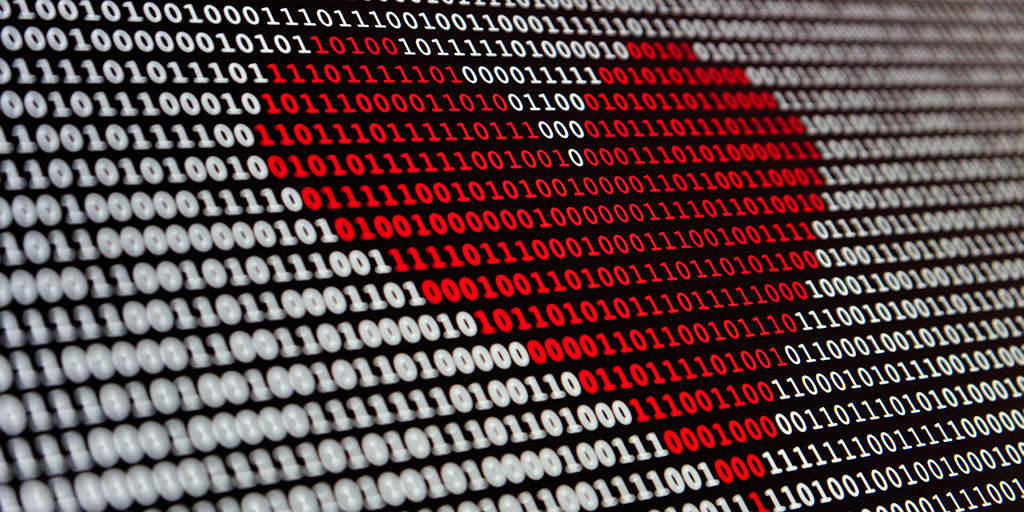 What Technologists Need to Know To Get Started in Digital Health

Organizations big and small are sprinting towards digital health innovation at an unprecedented pace. 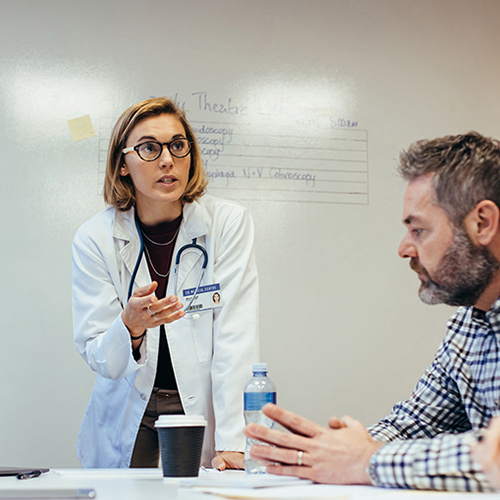 Part two of a two-part series discussing the challenges of digital transformation and innovation in healthcare, and the design process needed to realize them. 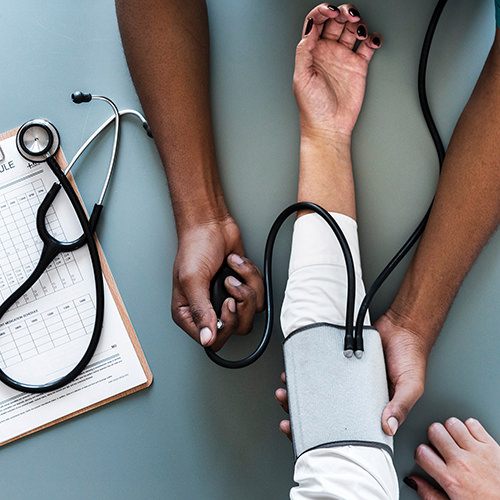 The Future of Connected Healthcare and Design