There’s no other way to say it. We spent the past month working on a chatbot project and it was one of the most difficult design problems I’ve faced in my professional career. Nearly every aspect of the medium is strange.

So, what makes chatbots weird? Let’s break it down:

Chatbots are new, except they’re not.

For people who have yet to experience one, a chatbot is software designed to mimic conversation. They’ve been around for awhile, but have recently come back into the spotlight. Technologies like Artificial Intelligence and Natural Language Processing have helped this along, as well as the proliferation of services and devices such as Apple’s Siri, Microsoft’s Cortana, Google Home, and Amazon’s Alexa.

Even if people aren’t familiar with the word “chatbot,” they probably are familiar with the basic structure. Ever navigated a phone tree or read a choose-your-own-adventure book? We found that a lot of people would intuit chatbot operation as being like these.

Because of this, we found it best to get a call/response cadence between user and chatbot established as quickly as possible. Doing so helps alleviate some of the users’ initial uncertainty and skepticism by having them quickly form a mental map based on the “phone tree” or “choose-your-own-adventure” metaphor.

People who are familiar with existing chatbots have generally had poor experiences with them. Microsoft Office’s infamous Clippy assistant was universally reviled enough to morph into a pop culture joke, to say nothing of their disastrous foray with Tay. People with good long-term memories might also recall SmarterChild and its ilk and associate it with other juvenile time wasters.

In light of this long negative history, the lesson is to establish value for the user by demonstrating utility as soon as possible. Show the chatbot isn’t trying to be their tone-deaf bae or isn’t wasting their time with open-ended responses. It’s there to help them get something they need.

Chatbots live in a strange space.

Chatbots need to live on a webpage, except when they don’t. Some, like Intercom, require a site. Others live next to human contacts in Apple’s Messages app, Slack, or Facebook Messenger. Others have dedicated apps, which only muddies the waters further.

This adaptability is a strength—a chatbot can be at home in a lot of places. But it’s also a weakness in that it’s tough for people to locate them, especially considering they’re a “new” technology.

A lack of a central bot store can make chatbot discovery difficult. If you’re going to send one out into the world, it’s probably best to create a specialized landing page to not only advertise how to get it, but also what it can do for the person installing it.

Chatbots need a job to do.

Chatbots are easy to build, but difficult to build well. The ecosystem is littered with lonely experiments that are little more than glorified tech demos built just for the experience of building one.

The first step in building a successful chatbot is to find a task that might play to its strengths. This is true when employing any technology, but it’s especially important with one that dips into and out of human-style behavior.

Don’t throw a chatbot at every problem and hope that something sticks.

Don’t throw a chatbot at every problem and hope that something sticks. You’ll quickly become disillusioned if you try and solve any random product problem with this technology. Find an existing weakness in your product strategy and determine if it’s a chatbot-shaped hole before spending the effort and resources to go to code.

Need help determining what a chatbot-shaped hole looks like? Here’s what they’re really good at:

Chatbots are great at hooking into multiple sources to regurgitate content. A user might have to open multiple browser tabs for multiple searches to do the same, assuming they know the correct terms to search for.

During our project we used “faster than a Google search” as a mantra, but not in the sense of the speed of response from Google. We were using it as the thing to beat in terms of going out and collecting information from multiple sources and presenting it to users in a comprehensible fashion.

There’s a trick here. That distillation? It’s performed by the human writing the content. It is a very powerful trick, however.

Knowing the problem the chatbot is solving allows the chatbot author to boil dense information and complicated interactions down into a few sentences or a handful of actionable prompts. That’s huge for users who don’t have domain knowledge or expertise or who are pressed for time.

Links, images, videos, form inputs, polls, and cards are just some content a chatbot can display. These can be excellent formats to present the aforementioned distilled information, so long as you play to each content type’s strength.

Links take you places to read more detailed content, images and videos can recontextualize complicated concepts, form inputs can collect, store, and react to user-submitted data, and cards give you quick bites of actionable information.

Chatbots are always available and have a perfect memory.

Us puny humans need to take breaks to sleep and eat. We also tend to have a less-than-perfect memory, especially for small details over time.

Talking with a chatbot creates an artifact that shows every interaction since the chat began. Some people go “back in time” and reference this list as a refresher or to revisit later.

Combining that with immediate feedback creates a powerful tool for support-related services. A chatbot can be a great tool for triaging problems when it augments a traditional support team.

Chatbots get spoken to in a lot of different ways.

Some people treat chatbots like people and submit fully fleshed-out sentences as input. Others text shorthand (how r u? :D). Some people bark single-word orders at chatbots to expend the minimum effort to get what they want. Some people shift back and forth between all three.

Since you can’t know how people will treat a chatbot, it’s best to anticipate these three kinds of interaction. The best way to think about this is to treat the chatbot like a hotel concierge. It is a professional and it’s job is to help people get what they want, even if they may not know how to directly ask for it.

Some people will be all business with a concierge, sometimes to the point of being rude. Some people will be polite and chatty, sometimes overly so. Like that concierge, the chatbot is a professional. As such, it responds to each kind of conversation in a helpful and friendly way, not disingenuously, or too overly-familiar. It’s there to help people on their way, not to make friends. 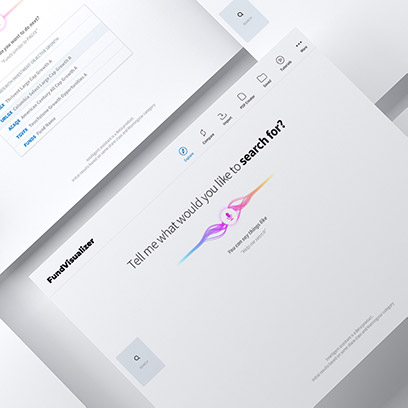 An AI-powered Intelligent Assistant that helps financial advisors search for and find funds to better serve their clients. 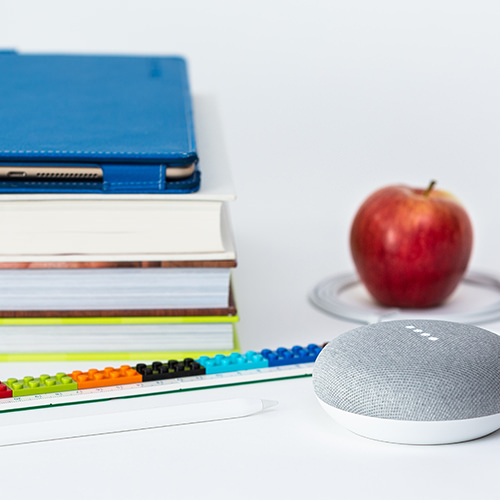 How to choose the right prototyping tool to bring your voice assistant project to life.