Starting a new job is a crush of emotions. The sweaty palms and butterflies of the office walk around, the “hey, let’s go meet everyone.” The need to look cool and calm as the mind races – don’t let them see me sweat… is there something in my teeth?… is my shirt untucked?…

But for LGBTQ+ people, these emotions are doubled when dealing with the pressure and decision to come out at work.

Coming out is seen by many as a singular event, friends and family gathered on a family room sofa, but it’s not a one-time instance in the lives of LGBTQ+ individuals. It’s ongoing and really everyone they meet. At work, the list is long: immediate manager, coworkers, other managers, clients, and more.

For some, “coming out” in this fashion is no big deal. For others, nagging doubts of “how might this play?” are enough to give pause – and sometimes we decide it’s just not worth it.

Research shows that coming out at work is an important step to achieve higher levels of work satisfaction and self-esteem. Also, employers appreciate the commitment to the company shown by people who are open about themselves. But not everyone feels they can do that. Discrimination in many places and industries might put employees at risk of harassment from colleagues, management or even of job loss.

At Cantina, the most valuable resource we have is our people, and a diversity of backgrounds, ideas, options, and life experiences is something we genuinely care about.

With that in mind and to celebrate Pride Week in Boston, we asked five LBGTQ+ individuals to talk about what coming out at work was like for them. 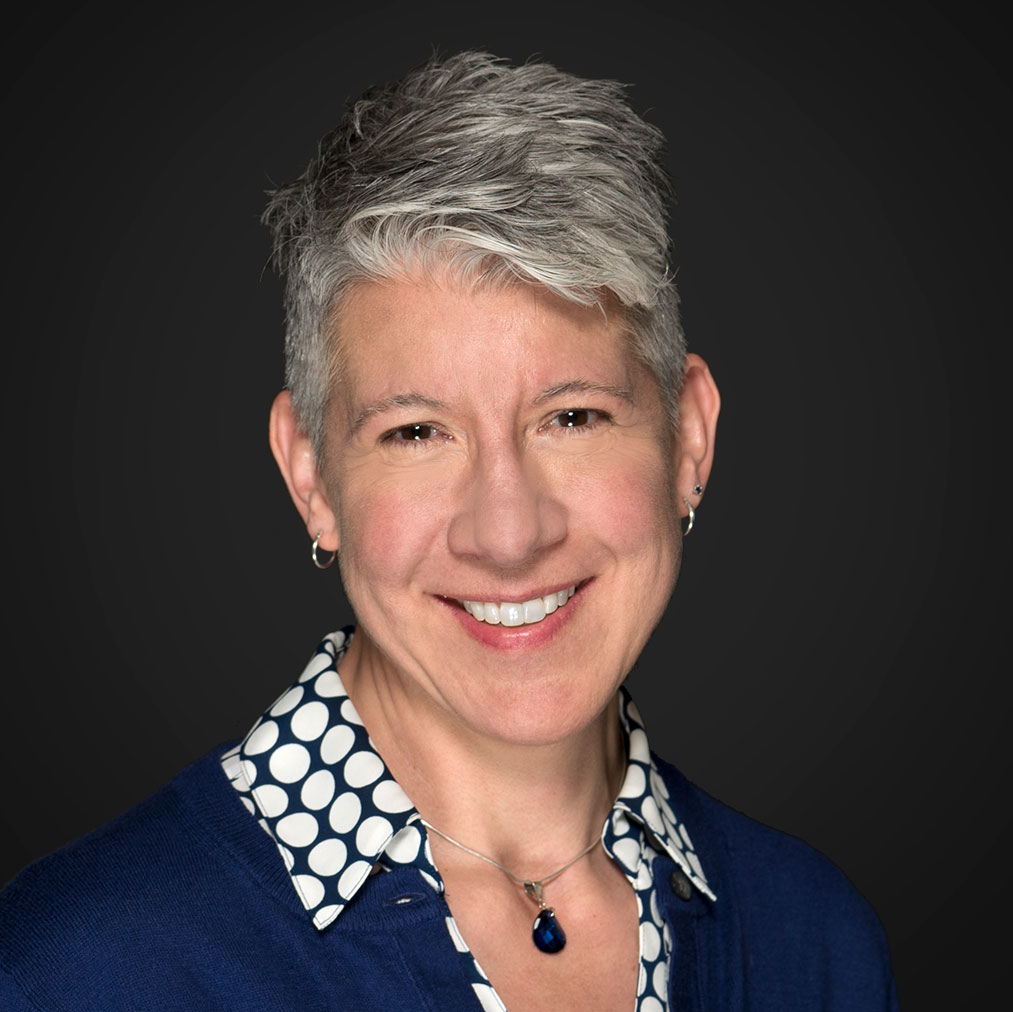 I came out as a lesbian when I was 19 and in college in the very liberal city of Ithaca, NY. So it was quite a change to come back home to the North Shore of Massachusetts to live and look for a job, especially with my father saying “Never tell anybody! You’ll get fired!”

Equal employment protection for LGBT folks in Mass had only been in place for a year or two, so it wasn’t an unreasonable concern. But after awhile, I decided that even if I wasn’t going to come out with a big pronouncement, I would never deny it if asked.

I was put to the test for the first time when the head engineer at my workplace came over and said “I’m familiar with the multicolored Apple logo that people put on their cars, but what does the triangle with the rainbow stripes on your car mean?”

I took a deep breath and answered him. He seemed uncomfortable and made a quick exit. I was left shaking and waiting to see if I’d be escorted out of the building with my belongings in a box. Instead, we wound up talking more about it later, and ultimately, our working relationship grew stronger and better.

Even if you’re not consciously thinking about it, being in the closet creates a level of mental overhead for yourself and can also create walls between you and your colleagues, since there’s always a level of self-censorship you have to perform.

I’m happy to say that in subsequent comings-out on the job, my experiences were similar -- working relationships grew and I didn’t have to expend mental energy trying to keep part of myself out of the workplace. 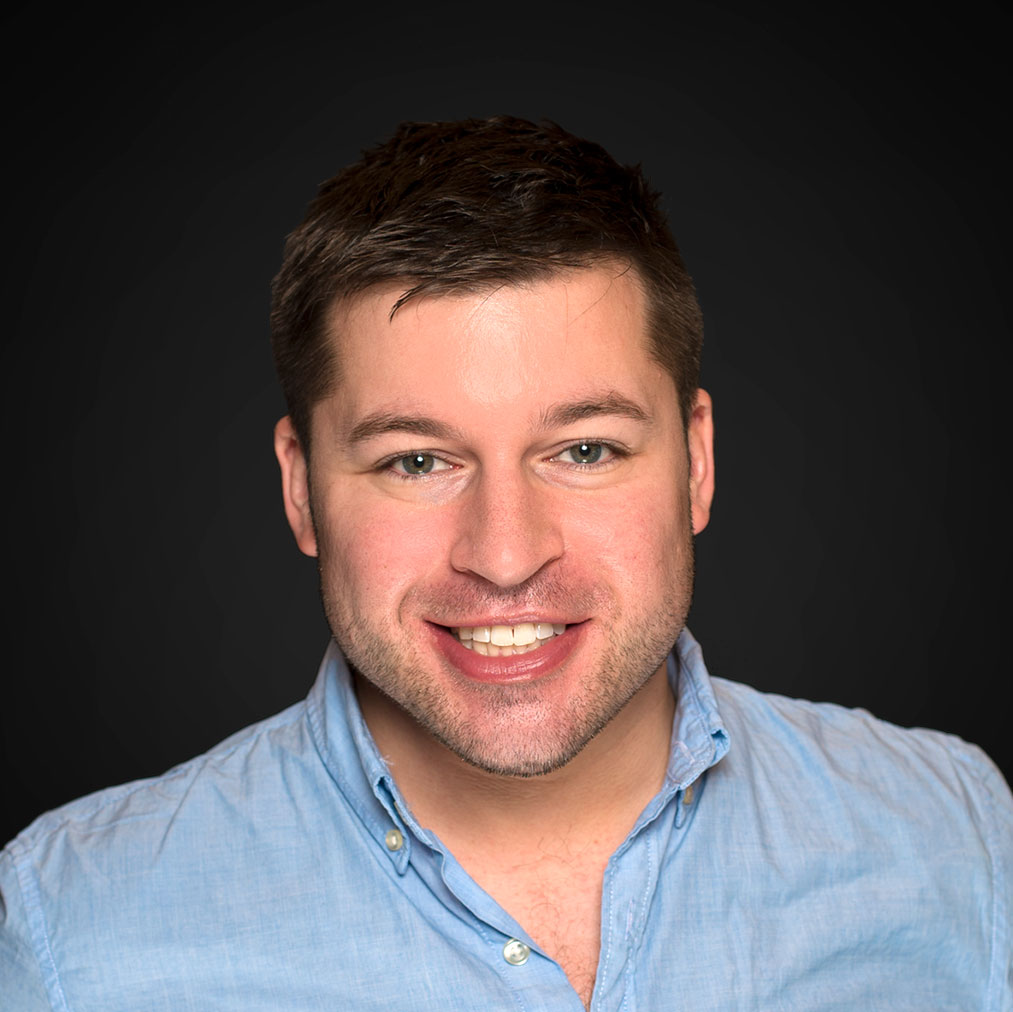 I've joined several different companies throughout my career, and my sexuality was always something I was careful about. "Would I seem too "gay"? "Would I make people uncomfortable?" "Is my voice too feminine?"

All those concerns on top of normal ones, "Will they see me as an equal?" "Will I do a good job here?" -- it's exhausting!

Finally, and I think this came with turning 30, I told myself, "ENOUGH! You're you, and if someone has a problem with it, that's their problem".

I decided, as long as I present myself professionally and do my job, nothing else about me should matter. When casual conversations about the weekend come up, I mention the weekend trip my boyfriend and I took to the Cape.

I feel honored and blessed to be able to be so open and frank about my sexuality. It's an incredible thing to see all these pride flags all over Boston. It really shows how far we've come as a community; a community I'm proud to be a part of. 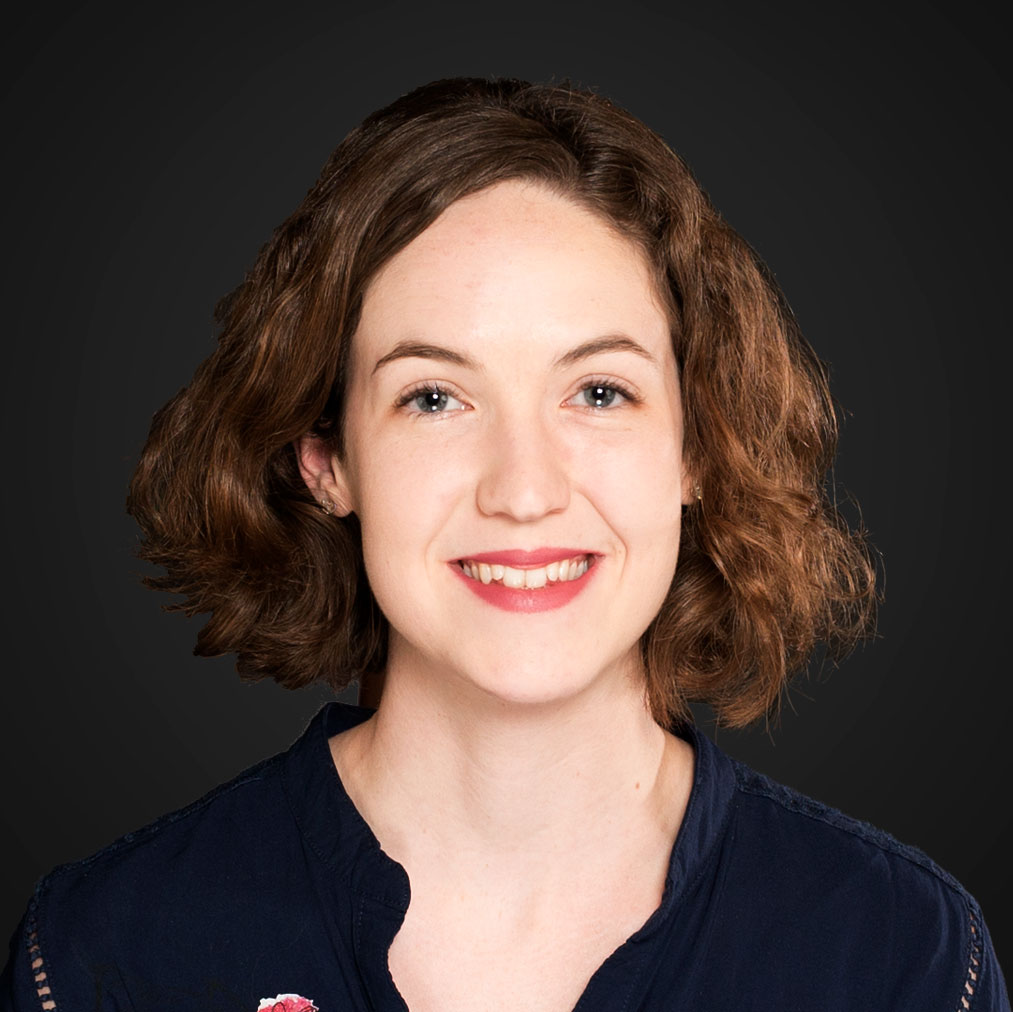 I suppose I "came out" when I was 25, when I started dating my girlfriend -- now fiancée. I'm not really a fan of describing things this way, since I don't consider myself to have been "in" anywhere.

It just wasn't obvious to some people, because I had previously only dated men. I had learned from my friends' experiences in high school that if you went around announcing that you were bisexual -- especially as a teenage girl-- people would accuse you of doing it for attention.

So I never announced it.

When I eventually started dating a woman, I talked about her as I would any of the other people I've dated. The first time I mentioned her at work, the response was something along the lines of "I thought you were dating a guy before" and my response was "Yep. Stopped dating him. Now dating her."

Thankfully it was that simple. The only awkward thing that's ever happened at work is someone assuming that "my girlfriend" meant "my gal pal." LOL 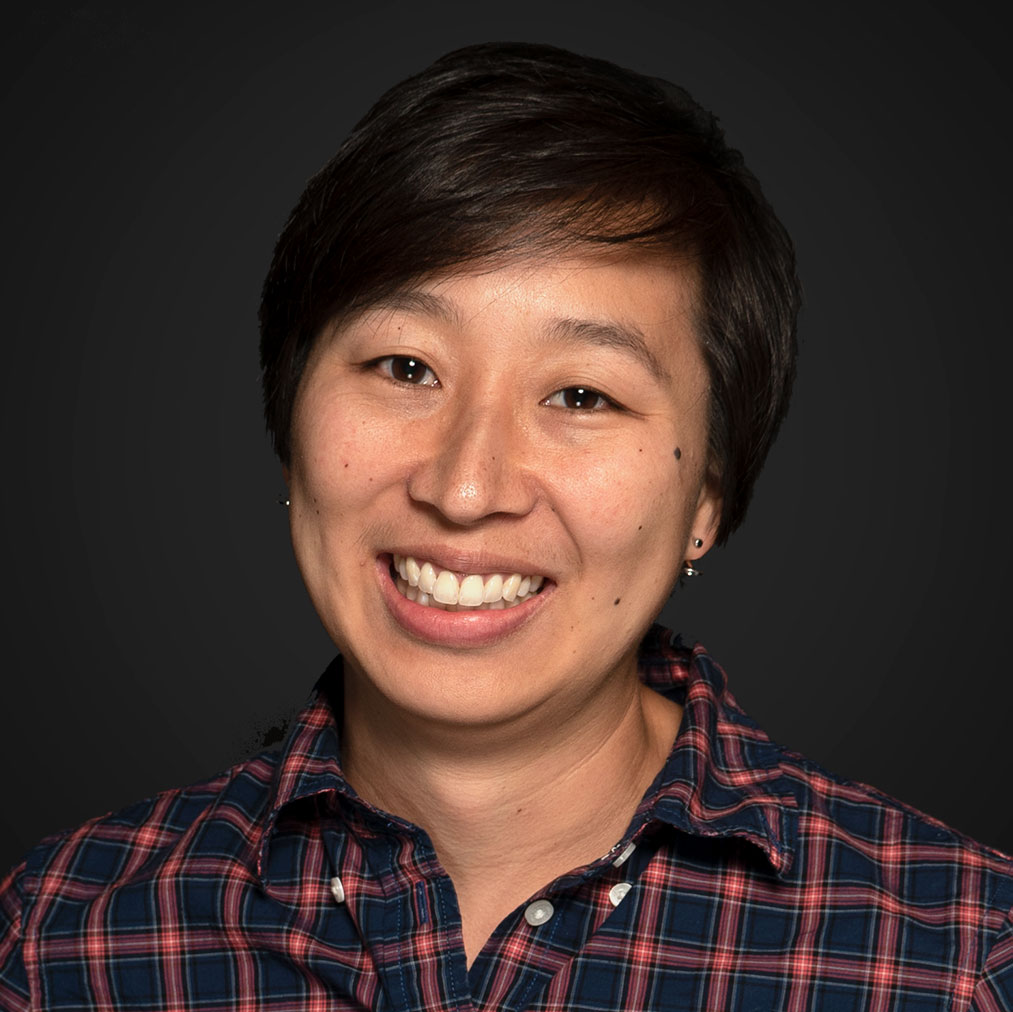 I don’t really have a “coming out” at work story, mostly because I made a conscious decision at age 19, after coming out to my immediate family (mom, dad, brother, and sister-in-law) and closest friends, that I would never live my life again “in the closet”.

Fortunately, my friends and family were supportive and I just figured that it didn’t really matter what other people thought about me. In college, and then later in the workplace, I found that by just being myself and casually talking about topics like relationships or dating in an honest way, classmates and colleagues didn’t act any differently around me.

In a way, by just being me on a daily basis with whomever I encounter, whether it be a new coworker, a client, or a complete stranger, it “normalizes” being gay. I’m grateful that I live in a liberal state like Massachusetts where gay families are more commonplace and accepted. And, I’m especially thankful for those who came before us, as well as those who continue today, to fight to protect LGBTQ rights. 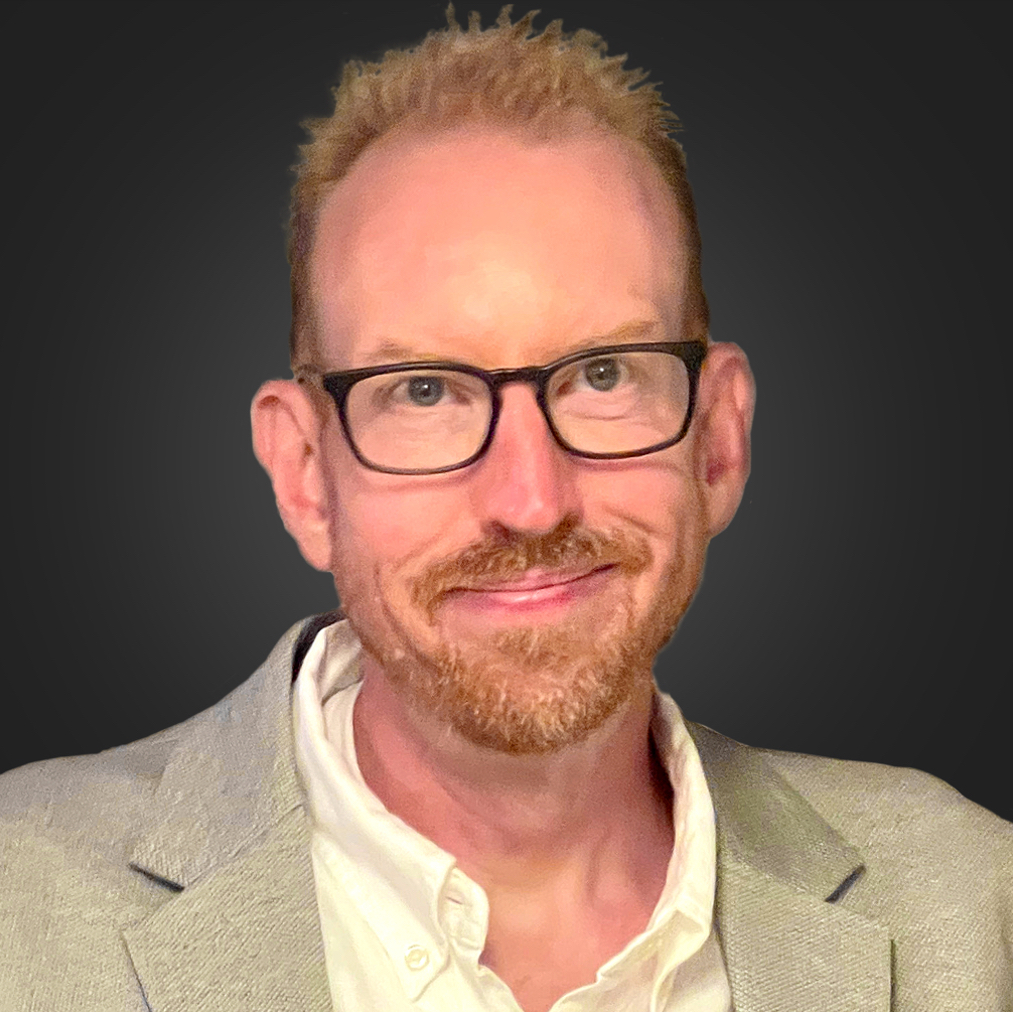 I came out on the same day I interviewed at Cantina.

I’d missed my first interview because I was sick, and my second because I was on vacation. Third time was a charm. Cantina was THE place that I wanted to work. By the time my interview was over I was covered in flop sweat — overall a giant raw nerve.

Afterwards, I met a friend for drinks at a bar nearby. Several drinks in, I blurted out something I’d wanted to say for years — the hardest sentence I’d ever articulated. “I’m gay.”

That day was an inflection point in my life — new job, newly out. A clean start if there ever was such a thing.

I wish that I could not care what people think, but I do. I will sometimes temper my words, use vague pronouns when describing my dates. Maybe it’s because “the look” people sometimes have — that mental recalibration, that realization of “oh.”

Cantina is the place where I feel most comfortable — perhaps because I see how my colleagues here are treated, and how that extends onward to me. It’s not only where I’m the most “out,” it’s where I can be the most “out.”

I wish everywhere could be that way.

The best work environments are created where people are able to be themselves and know they’re supported by their colleagues. Building an inclusive environment starts with an awareness of common assumptions and challenges people face when they decide to come out.

We are proud to say Cantina is one of those places – and we are hiring! Check out our open positions and come join our fantastic team! And Happy Pride! 🏳️‍🌈 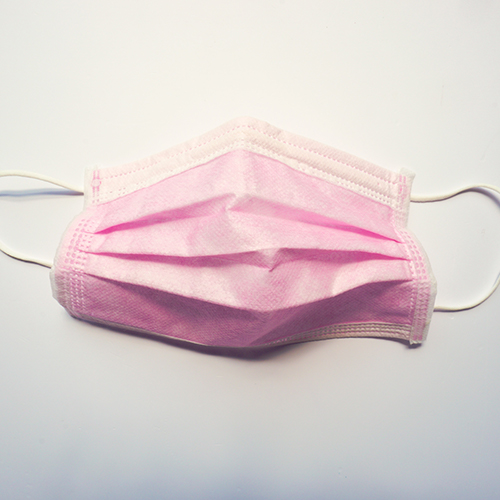 Listen to our live conversation on Clubhouse about what is next for corporate innovation in a post-pandemic world. 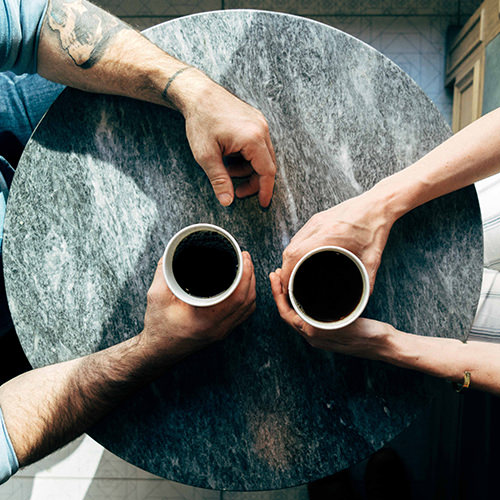 Breaking the Ice on Innovation in Large Organizations

In this Coffee Chat we discuss how innovation can be inspired at all levels of an organization by giving employees an open platform to share their ideas and insights. 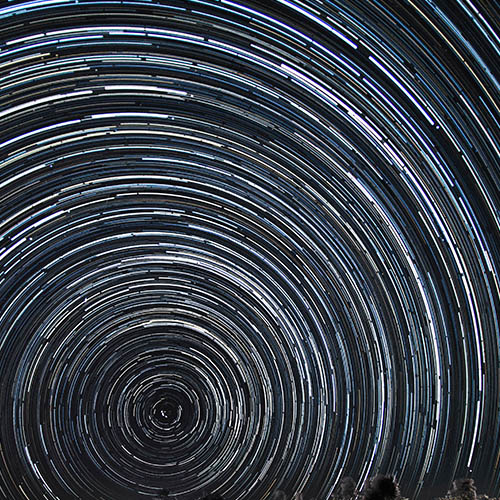 Interviews with people at SXSW uncovers new perspectives and definitions of the word.