Just as the diversity and breadth of digital products and services evolves, we recognize that our design methodology needs to keep pace.

To that end, we’ve been evaluating the Jobs to Be Done (#JTBD) theory that Clay Christianson authored, and that the good folks of the Re-Wired Group advocate. I recently attended one of their “Switch Workshops” hosted by Re-Wired’s Bob Moesta and Chris Speik.

“Switch” in this case refers to the moment an individual makes a decision to, in JTBD language, “hire" or "fire" a product or service. “Hiring" is akin to obtaining a thing for a specific purpose, while “firing” is, naturally, just the opposite. According to Bob, the switch moment is the most valuable, the most data-rich, because it’s where all the causality happens. This makes a ton of sense if you really want to know why someone buys a mattress, installs an app, or hires a contractor. It digs into the situational motivational forces that compel someone to act.

To uncover these forces, they use an interview format to reconstruct the events surrounding these trigger moments, with particular emphasis on leading events. There are a few requirements they use to qualify a valid switch:

Bob and Chris set the stage for the workshop, explaining that they’d be live-demonstrating their technique by interviewing an attendee. They had everyone introduce themselves and share a qualifying product or service. When my turn arrived, I offered up a recent purchase of several Nest Protect smoke and CO2 detectors. After making it around the room, followed by a few tense minutes of heated deliberation (not really), I got the call.

I had listened to podcast versions of a few of these interviews and had a general sense of what to expect, but admit I was a bit nervous at the prospect of rehashing, in minute detail, to a group of 20 people and a microphone, all the thinking and actions that led me to spend $700 on high-end smoke detectors. Yikes - surely there was a less controversy-prone purchase I could have offered up.

A few key takeaways for conducting a worthwhile interview:

Focus on the Story, Not the Product

Don’t ask why someone bought a product. Don’t ask them to name its killer features. Do ask them to go back to the moment they realized the current product wasn’t cutting it. Do ask them who they were with in the store when they bought it, how that person reacted when they put it in the shopping cart. What was it like when they got home and opened the box? What time of day was it? Was it before or after work? Continue to root out juicy detail by asking probing questions that help rekindle those moments.

Keep an Ear Out for Motivational Forces

As the narrative unfolds in rich detail, or even if the momentum is waning a bit, remember you’re ultimately trying to discover what drove a person to switch. The Re-Wired team has come up with a model for mapping and quantifying the forces that produce switching moments. The model defines four forces that act upon an individual during the decision lifecycle:

Then you do the math:

Here is the a graphic forces diagram (courtesy of Ross Belmont): 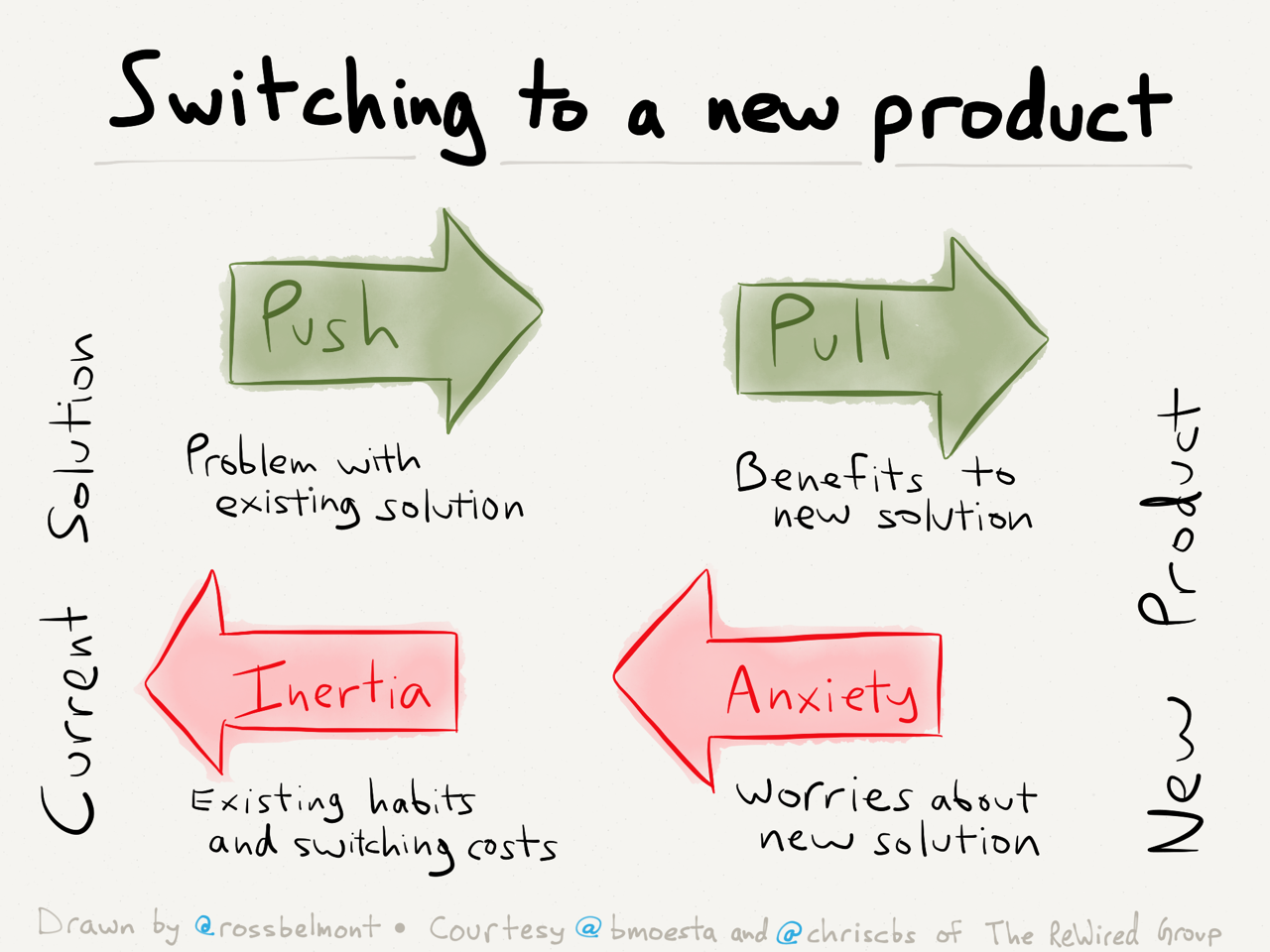 As we continue to iterate and evaluate our design process, we’re actively adopting JTBD and participating in the Switch Workshop was an invaluable leveling up exercise to help speed along its adoption. And as far as my smoke detectors go, the family is sleeping much better these days...

To learn more, check out JTBD on Medium. 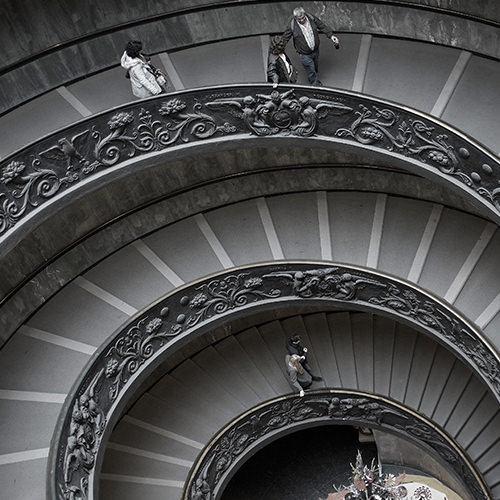