Predix is a core part of GE’s focus on transforming themselves into a digital industrial company. GE no longer sees a distinction between industrial and software product development. Around the end of the last decade, GE started to shift its thinking on how it built and integrated the digital and physical aspects of its products. Rather than seeking to outsource the creation of digital parts of their offerings, they started to look at making them core to the business. “To be a better industrial company, we can’t allow our digital future to be created by others,” said Jeff Imelt, GE’s Chairman and CEO. By adopting the idea of the digital twin, GE now takes an integrated view of hardware and software. This powerful concept of software proxies for physical systems is changing the way cyberphysical systems are built and operated. GE is now looking to make services that enable this transformation more broadly available.

Predix — and this partnership with Microsoft — is part of a big shift in the mindset at industrial companies. The idea of providing open source services, or of partnering, was not the way things were done. Now, GE is looking to open access to systems and connect with partners and customers. This is another aspect of the growing shift to a service economy. Industrial companies are now looking at their products as services and platforms. And IoT is a big part of that. For example, GE and competitors like Rolls Royce no longer look at jet engines as merely large hardware products. With dozens of embedded sensors, and generating terabytes of data, a jet engine is an ideal example of a product that is beginning to be transformed by IoT. Not only is there deeper insight into the functioning of the product in the field, new service capabilities are also growing up around maintenance and pricing for these products based on use.

Predix creates a platform that enables other Industrial IoT applications. Like other Application Enablement Platforms, Predix provides the tools to connect physical devices to the cloud. Predix places a distinct focus on analytics, helping to make sense of the massive amounts of data coming from industrial systems. This focus on big physical systems is a key differentiator for Predix.

In his on-stage interview with Microsoft CEO Satya Nadala, Imelt observed that there are really three distinct Internets. “One of the dangers everybody gets into,” Imelt said, “is that you want to make Consumer Internet exactly the same as Enterprise, exactly the same as industrial…in point of fact, all three are going to be different.” Interestingly, bringing Predix to Azure is a step to bridging the Enterprise and Industrial Internets. Predix has clearly staked out ground in the Industrial IoT space, growing as it has from GE’s industrial base and history. Microsoft created Azure as a Cloud platform that originally targeted enterprise needs. Combining the two platforms together options up the possibility of interesting cross-domain applications.

It’s clear why GE and Microsoft are bringing Predix and Azure together: both have a lot to gain. Microsoft gets access to a new range of industrial customers, a setting where the capabilities of IoT can make a significant difference. GE gets more exposure for Predix, a young and evolving platform that could use more exposure. And together, the two platforms provide a very broad set of tools to application builders.

When Cantina first started to look at IoT application development a couple of years ago, the platform landscape seemed immature. The use cases for these platforms were unformed or incomplete. Interoperability and integration were problems left to the implementor. Since then, a lot has changed. Big players are working together to create complete solutions that let developers focus on the applications rather than integrations. We’re excited to see what’s possible with Predix and Azure together. 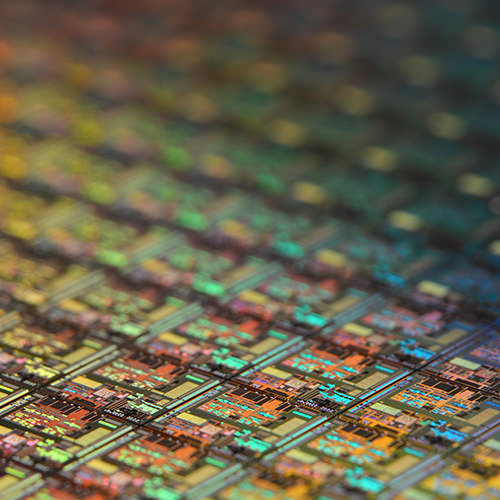